On 26-28 June 2018 in the city of Yerevan of the Republic of Armenia the 38th Session of Coordinative Advisory Aeromedical Council (CAAC-IAC) was held to improve medical support of the contracting states of the Agreement, coordinate and harmonize the activity of states and international organisations to comply with the appropriate Standards and recommended practices (SARPS) of the International Civil Aviation Organization (ICAO) and World Health Organization (WHO).

The members of CAAC-IAC, representatives of civil and state aviation authorities, health ministries of the Republic of Armenia, Republic of Belarus, Georgia, Republic of Kazakhstan, Kyrgyz Republic, Russian Federation, Republic of Uzbekistan, as well as leading aviation companies, scientific, educationsl and medical institutions of the contracting states of the Agreement on Civil Aviation and Use of Airspace took part in the forum.

On behalf of aviation authority of the Republic of Armenia the head of airworthiness authority Grigory Hayrapetyan congratulated the participants of the forum. In his speech he emphasized the need to preserve traditions of aviation medicine of the states of the region which have more than a century in the history successfully ensuring a high level of flight safety. CAAC-IAC activity, exchanging of best practices between the participants of the forum preserves and multiplies the achievements of domestic aviation medicine in harmonization with the ICAO standards.

The main report "The results of the CAAC-IAC 25-year activity and the prospects of the further development of aeromedical support of civil aviation of the contracting states of the Agreement on Civil Aviation and Use of Airspace" was made by CAAC-IAC Chairperson Ivashov S.N. The issues and set tasks in the field of aviation medicine aimed at maintaining high standards of flight safety considered by the Interstate Council on Aviation and Use of Airspace (Interstate Council) were presented to the representatives of States. Decisions of the Interstate Council and CAAC-IAC implemented by by the IAC department of aviation medicine coordination and developmen were reported and prospects of further work were suggested. It was emphasized that at present the civil aviation of the contracting states of the Agreement carries out its activities in a dynamic environment, new International Standards and Recommended Practices of the ICAO ans WHO in many areas of healthcare and civil aviation have been adopted, new international threats to lives and health of the population have emerged. All this warrants the need to coordinate actions among the atates and international organisations aimed at strengthening the capacities to prevent and overcome threats to public health in civil aviation, expanding regional cooperation, interaction of public health authorities and aviation authorities in order to mobilize resourcers in achieving priority tasks in the field of medical flight safety promotion, revision and standardization of regulatory framework.

The issues related to the problems of medical and sanitary-epidemiological support of civil aviation: state of regulatory and medical-expert support in aviation medicine, the ways of their harmonization taking into account modern possibilities of clinical medicine, medical safety support of professional activity in aviation, rescue works and provision of medical assistance to passengers of air transport were considered at CAAC-IAC.

The number of current issues on the development of the system for training doctors and psychologists in the field of aviation medicine and psychology were discussed taking into account ICAO modern requirements and recommendations was discussed.

In order to consolidate the efforts of the aviation community and public health authorities of the states of the region in the issues of medical support of civil aviation, the implementation of cooperation on prevention and overcoming threats to public health (CAPSCA), CAAC-IAC members supported the activity of the Working Group in the Health Cooperation Council of the CIS Executive Committee in order to prepare specific proposals in this field.

The issues raised by the members of the Coordinating Council at the previous sessions have been further developed.

In the course of sessions, the participants reached a mutual understanding on the need to coordinate issues related to improving the system of training specialists in aviation medicine, consolidate, harmonize and improve regulatory documentation concerning the issues of medical flight safety support, work schedule of aviation personnel.

The forum program included a large number of events where aeromedical specialists were able to exchange opinions, get acquainted with innovative methods of diagnosis and treatment.

CAAC-IAC materials are aimed at improving the medical support of aviation, the professional level of aviation doctors, preserving the health of civil aviation specialists in order to improve flight safety.

The draft decision was unanimously approved by the members of the Council.

The forum was held in a friendly and warm atmosphere with high professionalism of the participants and organisation. 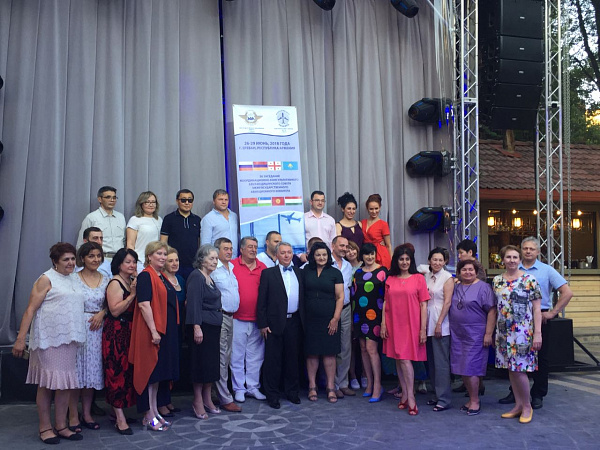