About the visit of Tatiana Anodina to ICAO headquaters (Canada, Montreal)

The President of the Interstate Council on Aviation (Interstate Council), IAC Chairperson T. G. Anodina visited the ICAO headquarters in Canada (Montreal).
During the visit T. Anodina was received by the ICAO Council President Olumuyiwa Benard Aliu. The issues of cooperation results on implementation the ICAO-IAC Agreement and addendums to it (1992, 2001, 2012) were discussed. The ICAO President stressed the significance and high efficiency of carried out works in all areas of the Agreement as an example of international multilateral regional cooperation on flight safety upgrade including ICAO-IAC international project implementation (№ RER/01/901) with the participation of the USA, European Union, Russia, Ukraine and others as well as advisability of further continuation and expansion of collaboration within the framework of the stated project.
The most actual challenges faced today by international civil aviation, as well as initiatives connected with the previous ICAO decisions aimed at sustained, cost-effective and safe air transport operation were discussed. The Interstate Council and IAC work in development and implementation of these initiatives approved at the high-level safety conference HLSC 2015 were considered.
The ICAO President proved the significance of further cooperation between the Interstate Council and IAC which are effective international regional organisations, the ICAO policy conductors in standards and recommended practices implementation including the field of aeronautical equipment certification and manufacturing held in accordance with aviation regulations harmonized with European Union and the USA; international aerodromes and equipment certification; in the field of independent international accident investigation; aviation specialists training and activity coordination including interstate programmes on air traffic management, aviation security, aviation medicine and others. It allows to save states resources and expand international industrial cooperation.
Tatiana Anodina thanked the ICAO President for his and ICAO enormous efforts to develop international civil aviation including this difficult for global aviation time. Olumuyiwa Benard Aliu was awarded with the IAC highest international prize for long-term activity in aviation sector and in connection with 10 years work in the ICAO Council.
During the visit T. Anodina and IAC delegation met with ICAO Secretary General Raymond Benjamin, elected ICAO Secretary General Dr. Fang Liu, ICAO Air Navigation Bureau Director Stephen Creamer and other ICAO senior officials as well as Delegation of Russia to the ICAO. All meetings were held in professional, constructive and friendly atmosphere.
Delegation together with the President and his wife visited the ICAO museum dedicated to 70th anniversary of this international organisation establishment where paid tribute to the memory of recently passed away Dr. Kotaite who headed the ICAO for almost 40 years. The President thanked T. Anodina as well for the beautiful present given in honour of the Organisation 70th Anniversary, sculpture of Zurab Tsereteli - little girl with her picture who embodies the dream of aviation and clear, peaceful sky. 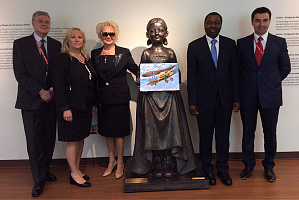 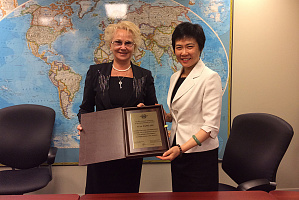 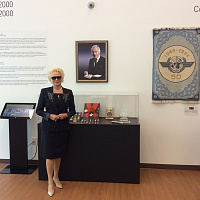 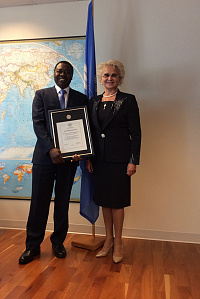 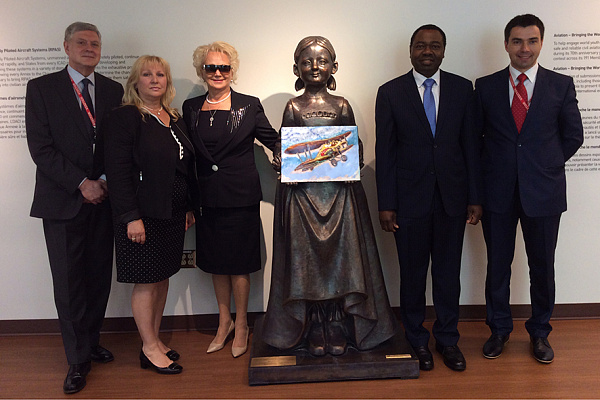 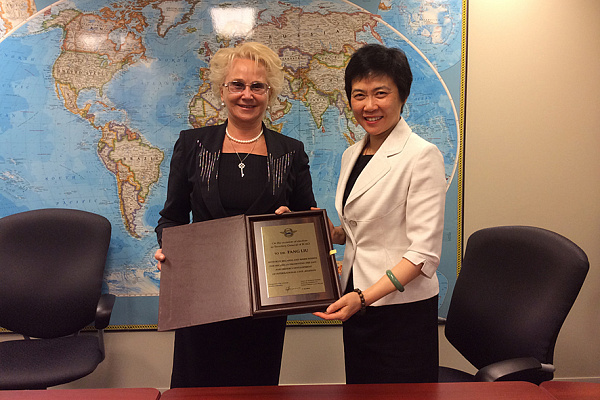 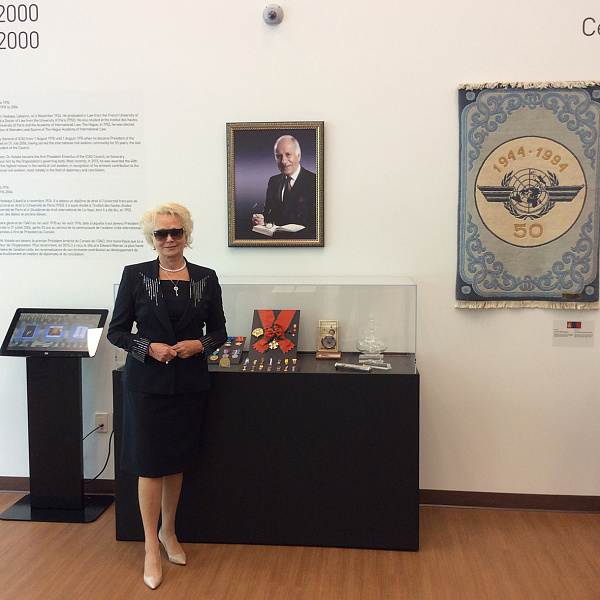 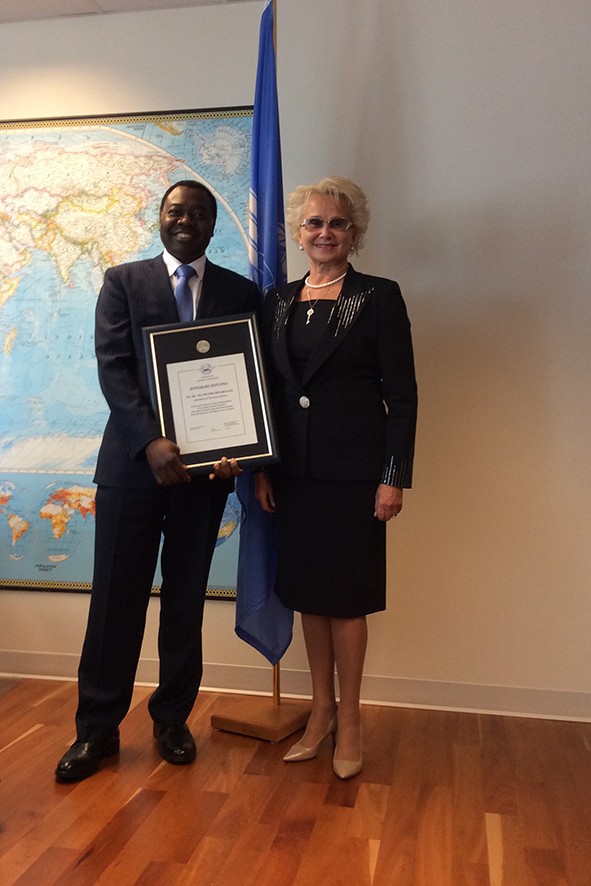