About the official visit of the Interstate Council President, IAC Chairperson T. Anodina to Uzbekistan

During the visit T. Anodina held a series of meetings with the leadership of the Republic including heads of State Inspection of the Republic of Uzbekistan for flight safety supervision. Parties meet to discuss the issues of further collaboration within the framework of the "Agreement on Civil Aviation and Use of Airspace" from December 30, 1991 and due to 25th anniversary of signing of the Agreement and IAC establishment.

Security, stability and comfort - these principles have been the basis of civil aviation of Uzbekistan for 25 years. Ambitious programs and major projects on aircraft fleet and all ground infrastructure modernization have been implemented in the sector. Single, centralized policy of development and modernization was also adopted in Air Traffic Management (ATM) sector throughout Uzbekistan territory.

Necessary interstate legal framework governing civil aviation activity of the country, effective legislative framework in conformity with international standards have been established in the Republic over the years of independence. Air Code of the Republic was adopted, a number of regulatory documents was developed. Uzbekistan joined all existing international documents regulating civil aviation activity. International Aircraft Accident Regulations of the Interstate Aviation Committee are valid on the Republic territory.

In the course of the official visit the Parties discussed collaboration of the Interstate Council and IAC with states of the Agreement and also with other states (agreements were signed with 76 countries), international and state organizations of civil aviation (ICAO and etc, in total over 18 organizations) in the field of flight safety promotion.

Participants of delegations shared their views on further collaboration in the field of flight safety promotion in the region, certification of aircraft, their designers and manufacturers and also international categorized aerodromes and equipment, aviation education institutions.

Events aimed at accidents and incidents prevention, measures on aviation security level development were discussed in the course of the meetings. Plan on ICAO-IAC project implementation (prolonged by the ICAO for an indefinite period), events on implementation of innovative initiatives, ICAO Standards and Recommended Practices on the basis of the Agreement between ICAO and IAC on enhanced collaboration signed by T. Anodina and ICAO president B. Olumuyiwa in September 2016 were emphasized.

Follwing the negotiations, the parties expressed satisfaction with the level of mutual cooperation and agreed on enhanced collaboration in all areas of Interstate Council and IAC activity within the framework of the Agreement.


In the course of the official visit the IAC delegation visited a memorial complex in Samarkand to pay tribute to the President of Uzbekistan I. Karimov. 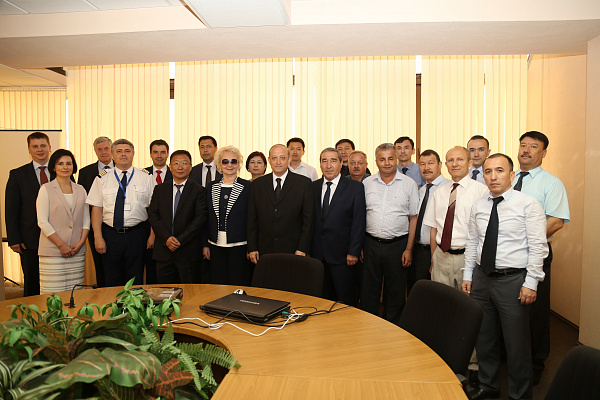 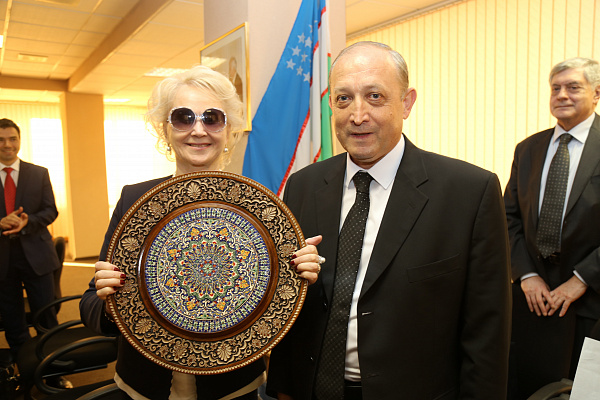