The staff of the Interstate Aviation Committee warmly congratulated its leader, 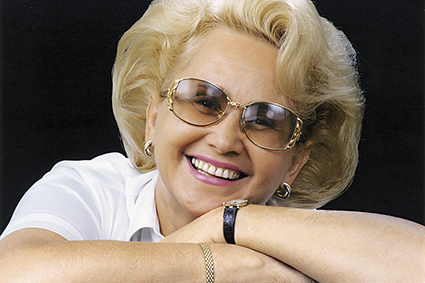 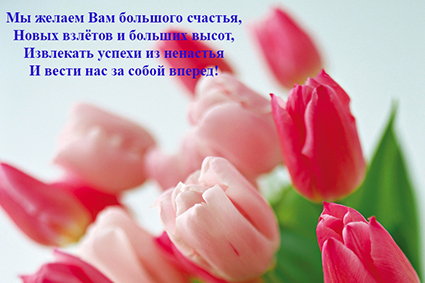 President of the Interstate Aviation Council and Use of Airspace, Chairperson of the Interstate Aviation Committee, T. Anodina expresses sincere gratitude for the congratulations and warm wishes on the occasion of the Birthday, addressed to her from Heads of State, Heads of Government, ICAO President, ambassadors extraordinary and plenipotentiary, presidents and heads of regions, heads of ministries and departments, heads of aviation and space industry, heads of scientific organizations and aviation enterprises, universities, cultural figures, mass media, heads of international organizations with which IAC has been cooperating all these years, as well as colleagues and friends. 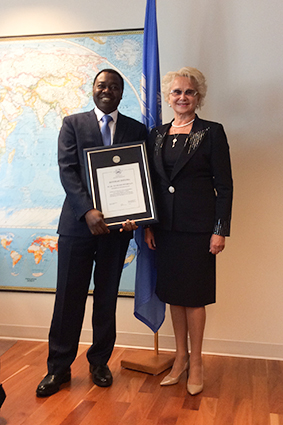 With the ICAO Council President

At the request of the media, we publish a press portrait of Tatyana Anodina


Born in 1946 in Leningrad (St. Petersburg) in the family of a military pilot. Since 1964 she has been living and working in Moscow. A widow, has a son and two granddaughters.

She hold all the positions from a junior researcher to the director of the leading civil aviation research institute, which was headed for 20 years. For more than 10 years, she has been in charge of the Main Scientific and Technical directorate of the Ministry of Civil Aviation. Directly participated in the development and testing of almost all aircraft. For many years she has been holding various scientific and administrative positions of the highest rank.

Initiator of joining ICAO to the USSR in 1970 (192 states of the world), with which it has been cooperating closely all these years. She headed the program on the transition to the international standards in the field of air navigation, technical means of the aerodrome and air route equipment, aircraft airworthiness, independent investigation of accidents and international system for certification of aviation equipment and aerodromes fully compliant with ICAO norms and standards. She is the initiator and participant of a number of major international programs adopted by ICAO. Directly participated in the development and testing of the most new types of aircraft.

Author of more than 100 scientific works and 25 monographs. The first automated air traffic control, navigation and landing systems, which are now being used at more than 200 international aerodromes and ATC centers, were developed under her scientific supervision. For the exceptional contribution to the development and implementation of the international air navigation program, civilian use of GPS / GLONASS systems and IAC establishment, T. Anodina received the highest award of the United Nations (ICAO) - golden medal and Edward Warner Award, the founder of ICAO. This Prize in the world is awarded to only 40 people.

She continues her faculty activity at aviation universities, cooperates with Moscow State University and the Department of International Law at MGIMO.

IAC is the first international regional organization to implement ICAO and IATA standards in aviation activities; development and implementation of international programs with ICAO-IAC for aviation specialists training; demonopolization and expansion of access to the air transport services market; liberalization of airspace; monitoring of flight safety, development of safety and security programs; creation of conditions for international industrial cooperation; the development of a regional safety management and risk management system; programs in the field of air navigation support using GPS / GLONASS systems; development of safety guidelines and aviation regulations; carrying out of examination and independent investigation of aircraft accidents, certification and other programs for the benifit of contracting states of the interstate Agreement.

The IAC model, legal principles and Interstate Council/IAC esperience served as the basis for the creation of similar organizations in the European Union, Latin America, Asian-Pacific region, Middle East, Africa and other regions of the world. This principle is enshrined in ICAO standards and recommended practices. IAC is recognized by the lCAO management as one of the most effective and highly professional regional organizations in the world.