In the period from 24th September to 4th October 2019 the 40th ICAO Assembly Session was held in the ICAO Headquarters in Montreal, Canada.

193 ICAO Member States and international organizations, including IAC, having permanent registration in ICAO, are invited to the Assembly, which establishes the global policy of the Organization for the next three years. This Assembly was a jubilee one – 75th ICAO anniversary.

At the plenary meeting on the opening day of the Session President of the Interstate Council, Chairperson of IAC, Edward Warner Award Winner, Doctor, Professor T. Anodina addressed the participants of the Assembly with a speech of welcome and the presentation on the successful work of IAC, cooperation with ICAO and the perspectives of the civil aviation development in the States of the region.

She noted, in particular, that owing to the foresight of the President of ICAO Council Dr. Assad Kotaite, who had been heading ICAO for more than 30 years, and the support of the next President Roberto Gonzalez our regional international organization in one of the largest ICAO regions became the prototype of the present RSOO, RAIO and RASG programmes, which are being actively and successfully developed by the President of ICAO Council Olumuyiva Benard Aliu, ICAO Secretary General Fang Liu and the ICAO Council.

We have become to certain extent the foundation for ICAO for the introduction and development of ICAO standards, development of the integrated airspace and harmonization of the aviation norms and rules, stable, safe and effective aviation and air transport activity in the region.

Today the Interstate Council and IAC are interacting on the basis of international agreements in the field of airworthiness and flight safety with 77 states and 19 international organizations.

The ICAO-IAC (COSCAP) Project, one of the first which was launched in 2000 within the framework of technical cooperation, today, with the support of the President of ICAO Council, ICAO Secretary General and ICAO TCB, remains the most impressive example of long-term cooperation in the field of flight safety ad TRAINAIR Programme implementation. More that 12.000 flight safety specialists of our region and contiguous states have received training within the frame of this Project’s Programmes. Our Project is actively cooperating with IATA, EASA, BEA, ICAO European and North Atlantic Office, aviation industry.

Being aware of this fact, our Interstate Council has established on the basis of IAC a modern innovative scientific/technical centre to support all processes in the field of research and promotion of flight safety and training of the new generation specialists to face certain challenges, which is extremely important for the development of aviation. This structure is called to become an effective mechanism in the realization of the GASOS principles and regional cooperation.

The ICAO Council “No Country Left Behind” Strategy is the foundation of our work together with the belief “Together with the aviation world, with confidence – to the future”.

About 3000 participants, including ministers, ambassadors and heads of CAAs from 183 countries and 55 organizations took part in the work of the jubilee Assembly, devoted to the 75th ICAO anniversary. In 2019 the Assembly Session was attended by the record number of registered participants and the record amount of working and information papers was processed.

In total, more than 600 working documents on 26 agenda items, including: a technical assistance program, technical cooperation, an aviation security policy, and the implementation of a continuous monitoring mechanism as part of the Universal Security Audit Program (USAP), environmental policy, reduction of aircraft noise and emissions of aircraft engines, ICAO policy in the field of civil aviation specialists training and increasing aviation capacity, problems of the realization of multilingualism in ICAO and other high-level policy issues have been considered during the meetings of the Assembly.

Within the framework of the Assembly the delegates approved the ICAO working program for the next three-year period and approved the priority tasks for civil aviation; elections of the new members of the Council of the Organization, which is one of its governing bodies, including 36 states, for the period between assemblies of 2019–2022 were also held during these days.

Six working papers with the initiatives in the field of flight safety and accident investigation, training of aviation personnel, aviation medicine, aerodromes certification, satellite navigation, aviation security and technical cooperation have been submitted to the Assembly by the Interstate Aviation Committee.

The third meeting of the Regional Organizations Coordination Platform, which has been attended by representatives of regional organizations in Africa, Latin America, the Pacific, Asia, and Europe, was held during the work of the Assembly. The Interstate Aviation Committee informed the audience about the work done and about further plans to support ICAO initiatives in implementing the GASOS concept. A number of decisions on the implementation of an information exchange mechanism between regional organizations in order to promote the implementation of ICAO best practices in the regions were made during the meeting.

The Interstate Council / IAC has become an example of the creation of regional organizations, followed by 15 such organizations, representing the interests of more than 130 states of the world. The need to unite efforts in the field of flight safety has become especially urgent today, in the context of a steady increase in air transport against the background of the shortage of human and material resources in the field of state regulation and supervision of flight safety experienced by most states of the world. It is these areas of activity for training aviation specialists and combining the efforts of states that have recently been in the sphere of increased attention of regional organizations, including the Interstate Council / IAC, which is carrying out intensive work to create an interstate system for training aviation specialists, state inspectors, including on the basis of the ICAO-IAC project - the most successful ICAO Technical Cooperation project.

Within the framework of the Assembly, the President of the Interstate Council, the Chairperson of the IAC, Dr. T.G. Anodina had working meetings with the President of the ICAO Council, Dr. O. Aliu, Secretary General Fang Liu and the Director of the ICAO Air Navigation Bureau Stephen Creamer, the heads of state delegations of our region, as well as meetings with a number of Ministers and heads of aviation authorities and international organizations.

These meetings made it possible to strengthen the already existing mutual understanding among the IAC and the participants of the meeting to improve flight safety, as well as to establish new business contacts for the benefit of the international civil aviation development. 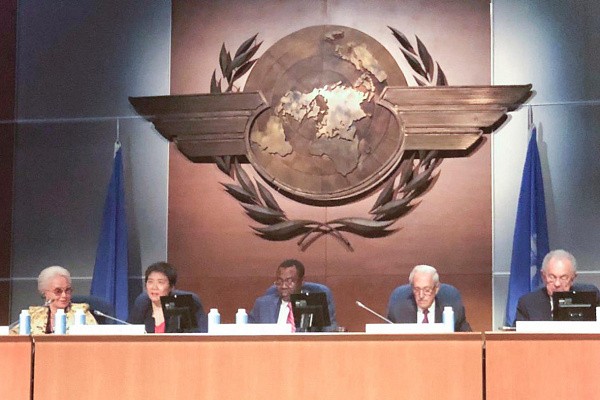 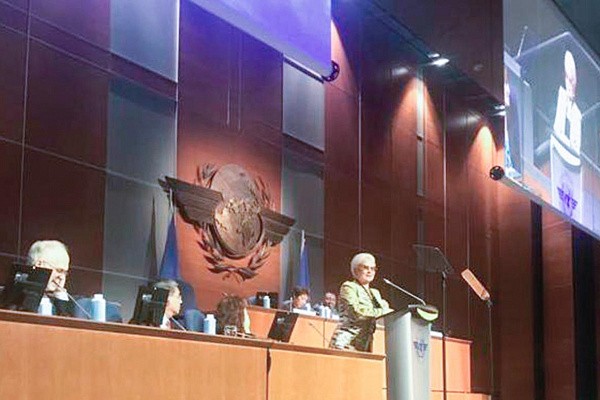