On 15.08.2019 near Zhukovsky International Airport of the Moscow region the accident (crash) occurred involving Airbus A-321-211 VQ-BOZ aircraft owned by Ural Airlines JSC. According to the available information the crew members and passengers on board survived. Several people sought medical treatment. There are no victims and destruction on the ground.

The Investigation team appointed by the Interstate Aviation Committee (IAC) for the investigation of the accident involving Airbus A-321 VQ-BOZ aircraft owned by Ural Airlines occurred on August 15 near Ramenskoye Airport (Zhukovsky City, Moscow Region, Russia) continues its work at the accident site.

In the IAC laboratory the onboard flight recorders were examined. The examination showed the good condition of both flight recorders (CVR and FDR) and the presence of the data related to the last flight. The data decoding and analysis are in progress.

Different specialists take part in the air accident investigation; Rosaviatsia (FATA) representatives participate, as well as the representatives of Ural Airlines. As provided by the ICAO Annex 13, the accredited representative from BEA is appointed by France (the State of Design and the State of Manufacture both of the aircraft and engines).

Experts from aircraft and engine company-manufacturer and company designer are invited. United Kingdom also has appointed the accredited representative as the aircraft State of Registry (Bermudas). 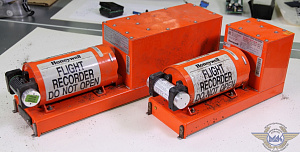 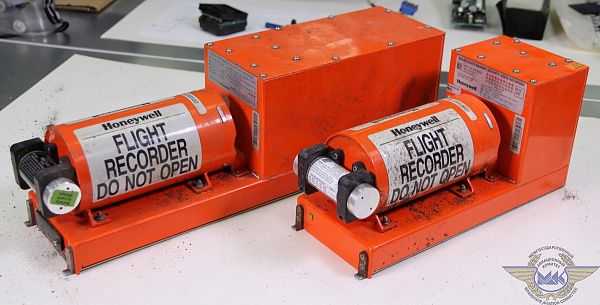 In answer to the media questions related to the procedure and terms of Airbus A-321 VQ-BOZ aircraft operated by Ural Airlines recovery, the investigator-in-charge informs of the following.

In accordance with the provisions of the Air Code of the Russian Federation, the recovery of the distressed aircraft from the accident site is to be carried out by the aircraft operator. The accident site security, as well as the permission for taking photo and video for purposes other than the accident investigation, does not fall under the jurisdiction of the Investigation team.

The Investigator-in-Charge (IIC) of the accident with A321-211 VQ-BOZ aircraft owned Ural Airlines JSC, which took place on 15 August, 2019 near Ramenskoye Airfield (Moscow region, RF), informs about the progress of investigation of the accident.

In accordance with ICAO Annex 13, accredited representatives of AAIB (United Kingdom) and BEA (France) as well as experts from Airbus (aircraft designer), CFM (engine designer) and other specialists take part in the Investigation.

Standard 6.6 of ICAO Annex 13 provides: if the report cannot be made publicly available within twelve months, the State conducting the investigation shall make an interim statement publicly available on each anniversary of the occurrence, detailing the progress of the investigation and any safety issues raised. This press release is issued including for the purpose of complying with the provisions of the above-mentioned Standard.

To date, the Investigation team has completed the following work:

-        field phase of the investigation, including wreckage layout mapping;

-        examinations of the remained aircraft fragments;

-        decoding and analyzing of data from the onground and airborne recorders;

-        analyzing of the aircraft technical operation;

-        analyzing of the psychological and personal characteristics of the flight crewmembers.

The results of the analysis of the complex molecular-genetic and ecological-ornithological expertise on the determination of bird species’ composition carried out by the A. N. Severtsov Institute of Ecology and Evolution of the Russian Academy of Sciences (IEE RAS) were studied.

At the engines’ designer facilities, a complete disassembly of both engines was carried out with the purpose of determination of the nature and causes of the damage obtained, as well as comparison of the given damage with the results of certification tests and previous cases of with bird collisions during operation.

As a result, the Investigation team has issued the Preliminary report containing the effective Safety recommendations. The report was sent to the authorities provided for by PRAPI-98 and ICAO Annex 13, including to Russian FATA.

After receiving and studying the findings of the ornithological working group, the Investigation team will be able to complete the assessment of actions of the flight crew, ATC, Aerodrome and Ornithological Service units and their cooperation.

The Final Report on the results of the investigation will be issued.