According to the available information, on 11.02.2018 at 14:28 (Moscow time), the radio and radar contact with the An-148-100V RA-61704 aircraft (Saratov Airlines) was lost. The aircraft was conducting the on-route flight from Moscow (Domodedovo airport, RF) to Orsk (Orenburg region, RF). The aircraft had departed from Domodedovo airport at 14:21. There were 65 passengers and 6 crew members onboard. The aircraft fragments have been found near Argunovo village, Ramenskoye, Moscow Region. The accident consequences are to be further investigated.

The investigation will be conducted strictly in accordance with the ICAO Annex 13 standards.

The Interstate Aviation Committee expresses condolences to the family members and friends of the victims.

At the accident site, one of the recorders is already found (see photos). It will soon be provided to the IAC Laboratory for the examination and data downloading and decoding.

The following sub-teams have been assigned within the Investigation team: Operations, Engineering (Aircraft and Systems), Administrative, as well as Meteo- and ATC- working groups, each of them is working in accordance with Russian Federation Accident Investigation Rules for Civil Aviation.

The Notification was sent to the Ukraine as the State of designer. The Ukraine has assigned the accredited representative and his advisers for participation in the current investigation in accordance with the ICAO Annex 13 standards. 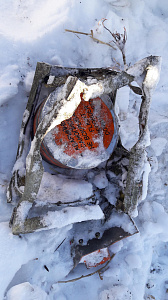 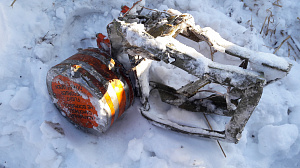 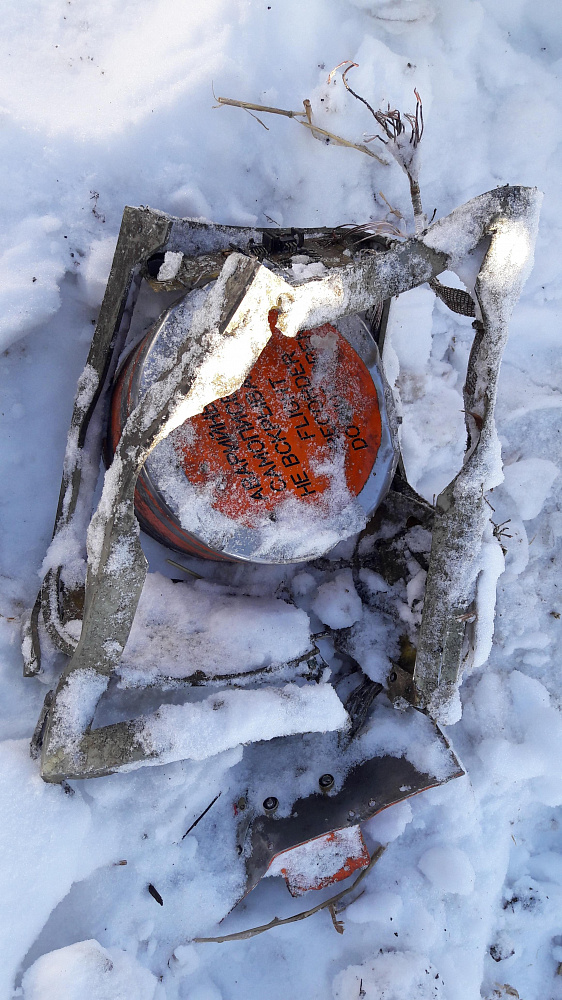 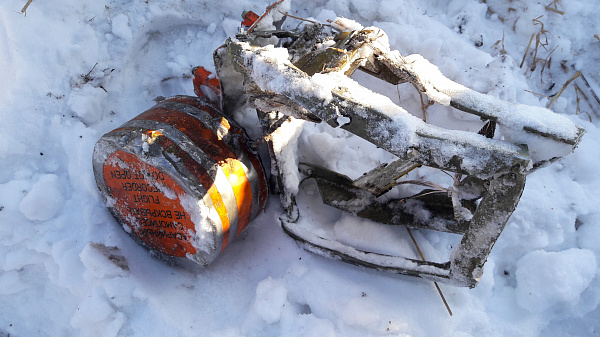 The Investigation team informs that the protected modules of onboard recorders (both FDR and CVR), so-called “black boxes”, has been delivered to the IAC Laboratory. The experts started to open the recorders and analyze the condition of the media. 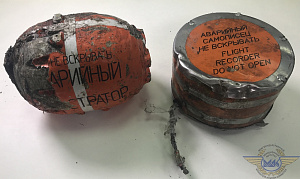 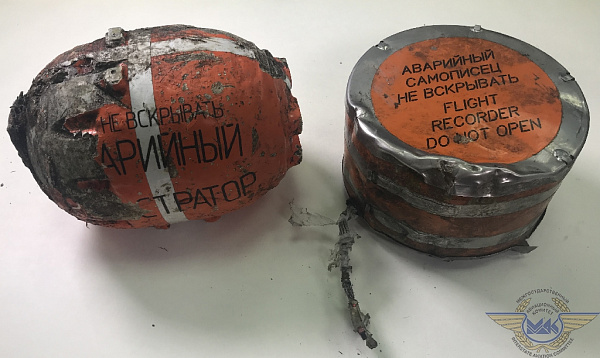 The Investigation team informs that during the last night (February 12-13) in IAC Laboratory the works related to the onboard recorders opening and the data recovering were in progress.

The recorders' protected memory modules had been damaged mechanically, therefore the recorders were fully dismantled and the solid-state storage media were recovered.

After the memory module was installed into the "golden chassis" (the dedicated hardware), and the information and electrical interface (flexible flat cables) was repaired, the flight data were downloaded successfully from the FDR. The flight data related to the last 16 flights were found including the accident flight data. The experts started the data decoding.

As for the CVR, it is being prepared for the downloading at the moment.

The Investigation team also informs that the discussions were held with the Accredited Representative of the Ukraine (State of aircraft designer and State of engine designer and manufacturer) and with his advisers – the representatives of Antonov Company (the aircraft designer). At the moment, the Investigation team is waiting for the decision from the Ukraine as for when the experts will arrive and who personally will participate in the investigation. 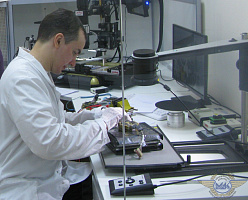 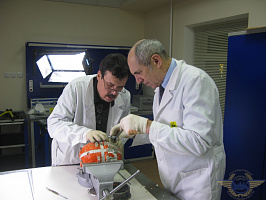 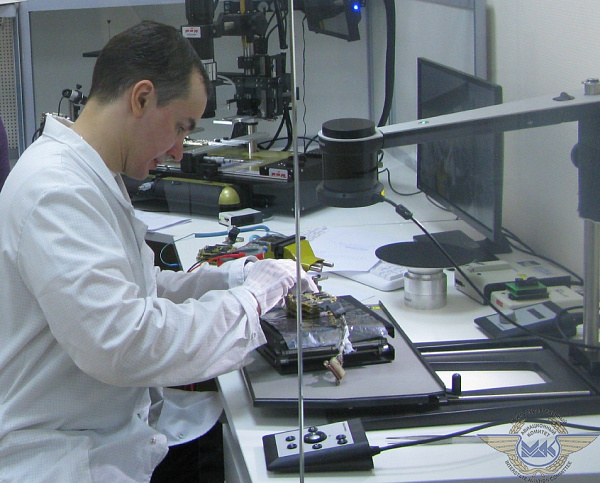 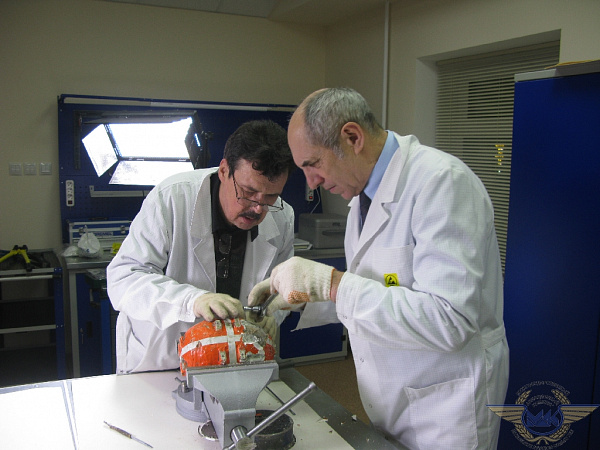 The Investigation team informs that the IAC Laboratory experts have completed the FDR data decoding and have provided the preliminary analysis of the flight data.

The preliminary analysis has shown that during the accidental flight, the heating of all the three Pitot probes were in the OFF position. As for all the other lights recorded by the FDR (15 more flights), the Pitot probes’ heating had been switched to ON before takeoff, at the lineup.

The aircraft started its takeoff at approximately 11:21 (here and further the time is given in the UTC format).

The emergency situation started to develop about 2 min 30 s after the liftoff, at the height of approximately 1300 m and with the IAS of 465-470 km/h, when the disagreement in the values of speed received fr om the air data module (МВП1) at the left pilot’s station (ППД1) and from the standby air data module МВП3 (ППД3) started to occur. The speed received from the МВП2 at the right pilot’s station (ППД2) is not to be recorded by the FDR. The disagreement in the height readings from the same sources (МВП1 and МВП3) was not significant. About 25 s later, the disagreement in speed readings reached the value of about 30 km/h (the speed value received from МВП1 was higher), and the single signal “MATCH IAS” (“V приборная – СРАВНИ”) was generated (annunciation for the flight crew). The recorded single signal was ON for approximately 10 s and then disappeared.

After the same single signal (annunciation) was generated once more, the flight crew disengaged the autopilot. The rest of the accidental flight was conducted in the manual mode.

For about 50 s after the autopilot disengagement, the flight was conducted at the height of 1700-1900 m, with vertical G variations of between 1.5 and 0.5.

Further, while the МВП1 readings continued to show 0 km/h, the МВП3 readings started to decrease aggressively (down to 200 km/h and lower). Further on, the aircraft was put into the aggressive descending with pitch angles of about 30-35 degrees and vertical G down to 0.

The collision with the ground occurred at about 11:27:05. Prior to the impact, the МВП 3 readings started to increase aggressively, and at the moment of the impact, they reached about 800 km/h. The МВП1 readings continued to show“0”.

The Investigation team continues to analyze the available flight data.

Based on the analysis of the recorded data and the studies of the similar accidents in past, it could be concluded that the inflight emergency situation might have been caused by the incorrect speed readings shown on the cockpit instrument panel, which in their turn could be related to the Pitot probes’ iced condition with the heating system set to OFF.

For the purpose of detecting the reasons of the three Pitot probes’ heating systems being in OFF position, the Investigation team plans to conduct the following works:

-          the CVR data readout in order to receive the information on the flight crew’s actions, their performing of the Standard Operating Procedures (SOP) and responding to the cockpit annunciations;

-          studying of the SOP related to the Pitot probes heating system, including the cockpit instrument panel indications;

-          layout of the available fragments of the Pitot probes heating system.

The members of the Investigation team continue their work at the accident site, wh ere the field sketches are being completed, as well as the recovering the aircraft fragments for further examination.

For the purpose of preventing the similar accidents and developing immediate safety recommendations, today the briefing was held at the Interstate Aviation Committee with participation of the representatives of the Ministry of Defense, the Ministry of Emergency Situations of Russia, the Russian CAA (Rosaviatsia), Rostransnadzor, and the airlines who operate the said type of the aircraft. During the briefing, the IAC experts presented the preliminary results of the investigation in order to take the immediate safety actions related to flight operations. 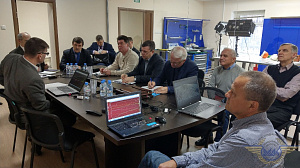 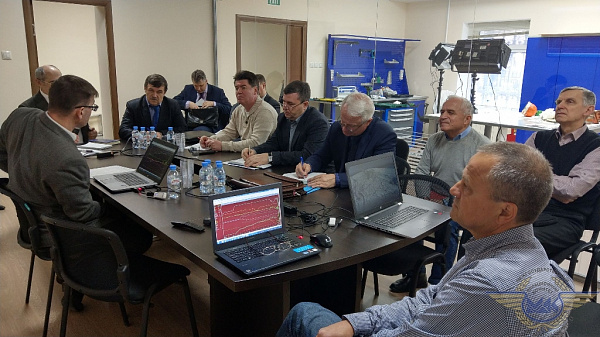 In regards to the An-148-100B RA-61704 aircraft accident investigation, the IAC Investigation team informs that after the memory module installation into the "golden chassis" and the reparation of the memory modules' flexible flat cables, the CVR data were downloaded successfully. The data related to the accidental flight are found available. The recoding and preliminary analysis of the recorded data confirm the data recorded on the FDR .

The CVR recovered information was presented to the Investigative Committee at the Public Prosecutor's Office of the Russian Federation.