On 15.11.2017 in the Khabarovsk Territory the accident with L-410 RA-67047 aircraft operated by Khabarovsk Airlines occurred.

Interstate Aviation Committee informs that the Investigation team of the fatal accident with L410 UVP-E20 RA-67047 aircraft continues its work at the accident site.

A wreckage plot was drawn by the Investigation team. The aircraft crashed onto the forested area at a distance of 1200 m from RWY 41 threshold of Nelkan aerodrome. The ground collision occurred almost without a forward speed. During the ground impact the aircraft sustained substantial damage. Investigators took the fuel and oil samples in order to send them for further research. 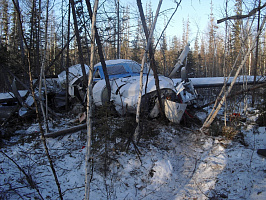 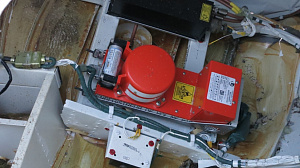 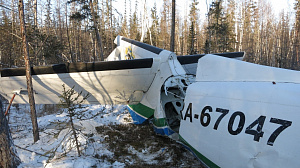 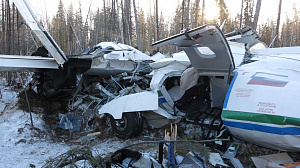 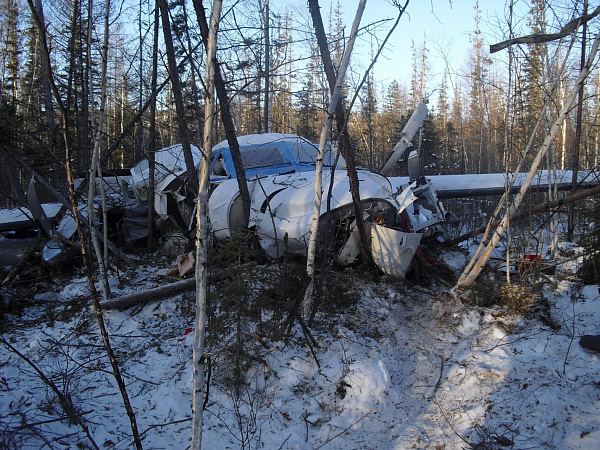 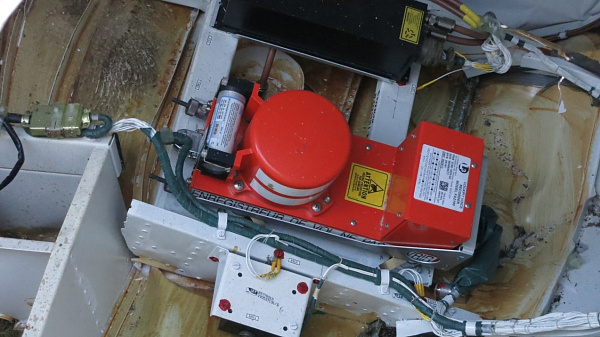 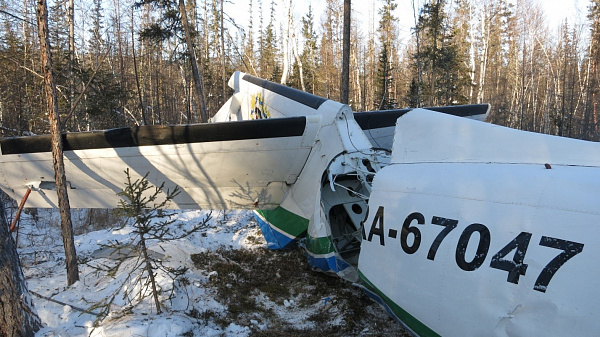 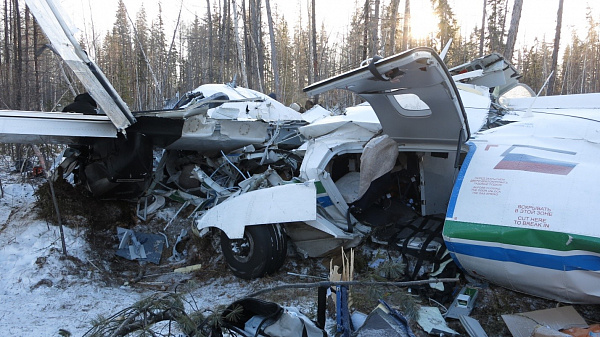 The Investigation team of the L410 UVP-E20 RA-67047 aircraft fatal accident continues its work at the accident site. Preparations for the aircraft and engines transportation to the examination facilities are being conducted. The team of experts from the Czech Republic, participating in the investigation work, includes the representatives from Ge Aviation Czech (engine manufacturer).

The Investigation team has performed the downloading and readout of the flight recorders' data. The obtained flight data and voice records are being analyzed by experts of the IAC laboratory.

Based on the preliminary information it is found that during the final stage of the approach to Nelkan landing site, at height of 150 meters, the abnormal situation developed, related to the right power plant operation. Further, the aircraft lost the speed, the right roll was developed (the FDR recorded the bank angle over 180 degrees), and with-the-ground collision occurred. The flight crew attempts to counteract the roll tendency had failed.

The left engine was operating normally. There was no engines' in-flight shutdown.

All the necessary information for the flight safety measures implementation has been provided to the competent civil aviation authorities.

The Investigation team together with the accredited representative of the Czech Republic and specialists from the aircraft (Aircraft Industries) and engine manufacturers continues to work out all possible circumstances of the fatal accident.

Preliminary report on the investigation progress has been published on the IAC website.

Preliminary Report is issued in accordance with item 2.4.12 of the Aircraft Accident and Incident Investigation regulations in the Russian Federation and item 7.4, Annex 13 to the Convention on International Civil Aviation (ICAO). The Report contains the actual information received by the Investigation team by now.

The Final Report will be issued on completing the investigation.

The Information presented in the Preliminary Report is preliminary and might be corrected and updated according to the investigation results.

The investigator in charge of the fatal accident with L410UVP-E20 RA-67047 aircraft, operated by Khabarovsk Airlines, occurred on 15.11.2017 in the area of Nelkan Airport informs that the development of the Draft Report is at the final stage.

The investigation is conducted in accordance with provisions of the Annex 13 to the Convention on International Civil Aviation (ICAO), Aircraft Accident and Incident Investigation. The accredited representative of the Air Accidents Investigation Institute (AAII) of the Czech Republic of the State of the Design and Manufacture of the aircraft and his technical advisors take part in the investigation.

When the Draft Report is ready, it will be submitted for comments to the Czech Republic in accordance with Annex 13, Standard 6.3, After the comments are received and reviewed, the Final Report will be approved and published.

All hazards identified during the investigation are promptly communicated to the organizations concerned. The Interim Report, published in accordance with the ICAO Annex 13 Standards and the RF national legislation on the IAC official website at https://mak-iac.org/upload/iblock/570/pr_report_ra-67047.pdf, and includes, among other things, measures for the flight safety improvement, that were promptly taken by the aircraft manufacturer with aim to reduce the level of risk in case of manifestation of the hazards identified in course of the investigation.