According to the available information the accident with Mi-8 RA-22869 helicopter owned by Skol Airline, LLC (Krasnoyarsk FATA International Territorial Department) occurred in 45 km north-west of Stary-Urengoy locality of the Yamalo-Nenets Autonomous district on October 21, 2016 at 17:57 Moscow time.

The helicopter performing SD 9375 flight from Vankor landing place to Stary Urengoy landing place didn't establish communication at fixed time and didn't arrive to the point of destination. The helicopter was found in destroyed condition after organized search. 22 persons were on board. Three crew members and 16 passengers were killed, three passengers were hospitalized.

After inspection it was determined that FDR Solid-State Data Transfer Unit is in good condition. Data readout is performed. It is determined that there is the emergency flight recording up to the accident moment. Data decoding has been initiated.

The recorder sound tape (wire) is completely on pilot spool and partly crossed. After sound tape recovery it is determined that there is the emergency flight recording but the recording stopped until the accident moment. There is no CVR data recording of the event.

Activities on GPS navigation receiver record recovery are in progress. 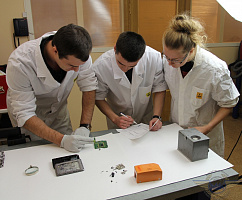 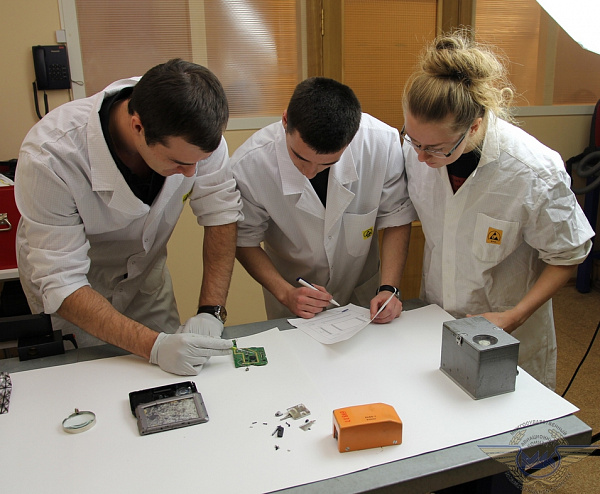 The Interstate Aviation Committee Investigation team of the accident with Mi-8T RA-22869 helicopter informs about continuation of the field phase of the investigation and activities on flight recorders data analysis in the IAC laboratory.

During the preliminary analysis of FDR data, ATM center data and materials of the Investigation team work it was determined the following. Last flight operation at Mi-8T RA-22869 helicopter registered by flight recorder was performed on a route Suzun landing place - Urengoy Airport. The departure from Suzun landing place was performed at 13:28 UTC. Planned refueling landing at Rotor-40 was not performed due to meteorological conditions. At 14:30 UTC the helicopter crew didn't establish communication with Tarko-Salinsky ATM center controller and reported on estimated landing time at Urengoy Airport at 15:10 UTC. En-route flight was performed at indicated airspeed 220-250 km/h. In 1 h 21 min after take-off "Final reserve fuel" warning was registered. Then, 4 minutes later flight altitude and speed were significantly decreased. During the following 14 minutes the flight operation was performed with multiple high-altitude excursions, speed rate and course change. The helicopter ground impact occurred at 15:08 UTC, helicopter engines run up to the end of flight. Registered data analysis is in progress.

Activities on rotorcraft fragments collection and their preparation for evacuation are in progress. After helicopter evacuation the IAC engineering and technical commission will proceed to analysis of its condition and damage. Subcommissions and task teams analyze the crew level of training, compliance with regulations of aviation equipment maintenance, meteorological conditions and procedure of emergency flight management and performance. 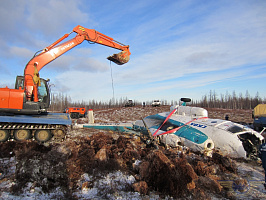 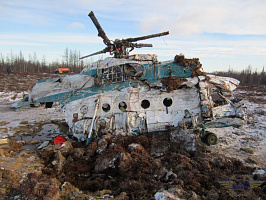 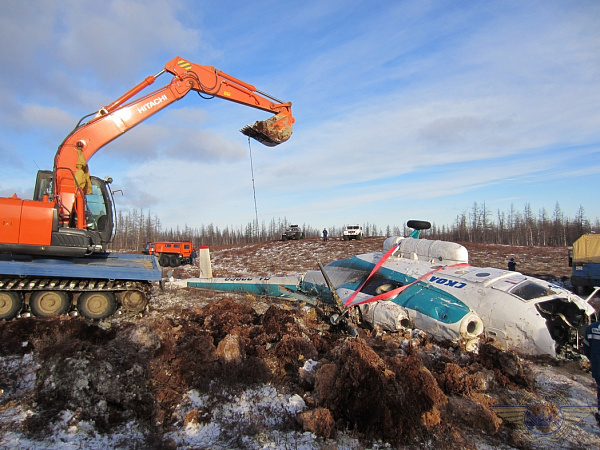 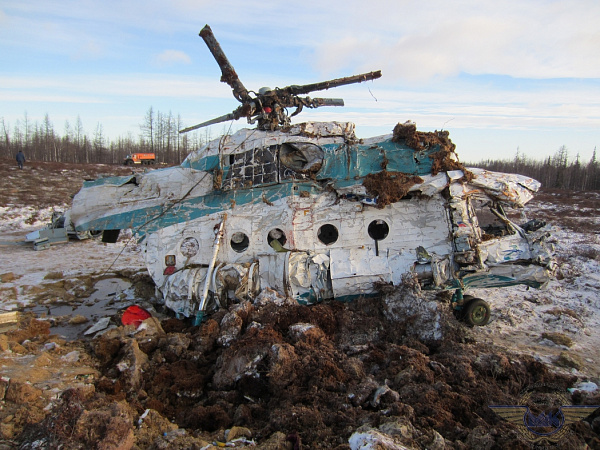 The Interstate Aviation Committee informs about continuation of work of the Investigation team of the accident with Mi-8Т RA-22869 helicopter owned by Skol Airline, LLC.

Interim report (preliminary reference) is issued in accordance with clause 2.4.12 of Civil Aircraft Accident and Incident Investigation Regulations in Russian Federation and clause 7.4 of Annex 13 to the Convention on International Civil Aviation (ICAO). The report includes actual information received by the Investigation team

The team continues its work on collection and analysis of data on crew training, evaluation of its actions in emergency flight and assessment of aircraft systems and accessories operability.

Final report will be made by the Investigation team on completion of activities.

Information presented in the report is preliminary and can be detailed and supplemented in accordance with the investigation results.

Investigation team of the Interstate Aviation Committee has completed the investigation of the accident with Mi-8Т RA-22869 helicopter owned by Skol Airline, LLC occurred in the Yamalo-Nenets Autonomous District on 21.10.2016.

Fatal accident with Mi-8Т RA-22869 helicopter was caused by flight crew spatial disorientation while attempting to perform emergency landing in night time conditions at  overcast sky and lack of light reference points at the location of landing.  The low quantity of fuel was the reason for emergency landing to be performed.

Most probably the following factors contributed to the accident:

·     the      deficiencies in crew members  interaction that resulted in the lack of the helicopter attitude monitoring in the progress of landing;

·         the  PIC's unreasonable decision for departure with available information about meteorological conditions  that did not comply with VFR at night at the landing site  determined for the helicopter refueling;

·       the    insufficient crew members training on actions in mishaps and emergency  situations taking into account the specific nature of tasks ahead. In particular it was the failure of the crew to follow the AFM provisions on maintaining maximum flight distance while proceeding the unrefueled   flight to the landing aerodrome  that resulted in the excessive fuel consumption;

·         the  shortcomings in the Airline’s FOM as for the criteria of departure decision-making allowing the crews to perform landings  with passengers out of the maintained landing sites in night conditions  at the weather  below minima. Upon that, the FOM does not determine the procedure of such landings’ performance;

·    the      deficiencies in crew members selection as per their competency to work out of the base aerodrome  which did not  ensure the efficient operations’ management and   safety. The killed crew and other crews of the airline as well took unreasonable decisions for departure and proceeding of flights, in addition the specified terms of flight duty period were  violated;

·          the deficiencies in  safety management system of Skol Airline, LLC which precluded the  identification of  the actual  hazards and the risk mitigation  as for the commercial transportation at night above the featureless terrain. Crews and aircraft without current authorization for night operations including the instrument ones were approved for flights.

The failure of the crew to comply with the airline FOM requirements  as for the  passengers’ baggage securing, passengers’ safety briefing on the emergency procedures including the instructions for the use of seat belts and keeping the passengers aware of the risk of possible injuries by external load sling system device mounted in the helicopter cargo hold in travel configuration could have aggravated the accident outcome.

Appropriate safety recommendations based on the investigation results were developed.