According to the recieved information the accident with Mi-8T RA-22657 helicopter owned by "Polar Airlines" Aircompany JSC occurred at a distance of 66 km from Deputatsky town. Three crew members and 25 passengers were on board. According to the crew 19 persons were killed, the rotorcraft was burnt down.
The Interstate Aviation Committee has formed the Investigation team of the accident in accordance with the Russian Aviation Legislation. The Investigation team started its work.

The Chairperson of the Investigation team of the fatal accident with Mi-8Т RA-22657 helicopter owned by "Polar Airlines" Aircompany" occured in Ust-Yansky district of the Sakha Republic (Yakutia) on July2, 2013 reports that activities at the crash site are in progress.
The crash site is located at the altitude of 650 meters, at the rising ground of 772 m, magnetic azimuth 349° and 39,5 km from Deputatsky aerodrome check point. AMSL specified pressure height at this segment should be 1300 meters. Rising ground is about 45°, rocky soil. Helicopter collided with the mountain by tail crutch and main landing gear wheels, with high pitch angle (nose landing gear wake is not detected).
Fire occured after helicopter collision in which the substantial part of rotorcraft structure was burnt out.
During second day of the Investigation team work there were detected:
• CVR recording unit of SDK-8 system with fusion traces from high-temperature exposure;
• 4 CVR recording bobbins MS-61. There are fire traces on bobbins;
• Separate devices of helicopter systems and engines monitoring.
Detected flight recorders will be delivered to the IAC for assessment the data readout capability.
The Investigation team work is in progress. 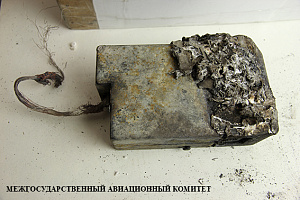 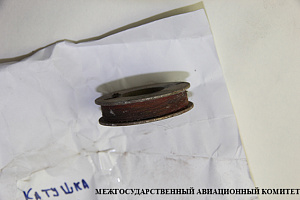 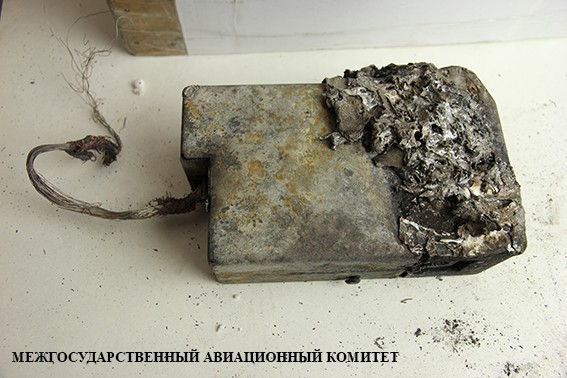 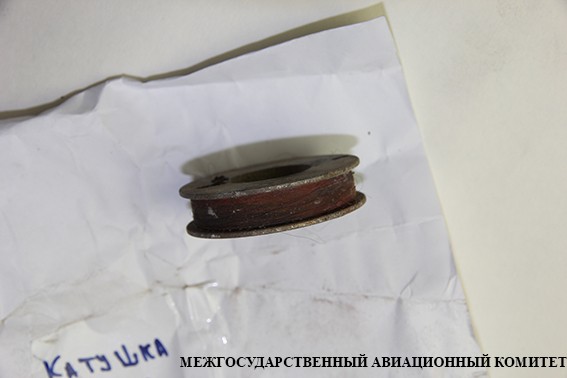 Activities of the field phase of the investigation of the fatal accident with Mi-8Т RA-22657 helicopter owned by "Polar Airlines" Aircompany" JSC occured in Ust-Yansky district of the Republic of Sakha (Yakutia) on July 2, 2013 have been completed.
Subcommissions and independent groups reports where experts provided actual information on flight operation management, engineering support, administrative issues (passengers, cargo transportation regulations) are recieved.
Investigation team of the fatal accident is expecting results of autopsy study of killed passengers bodies that will provide correct conclusions and recommendations on passengers survivability of accidents.
Fatal accident investigation work is in progress.

The Investigation team of the Interstate Aviation Committee has completed the investigation of the accident with Mi-8Т RA-22657 helicopter owned by "Poloar Airlines" JSC occurred in the Sakha Republic (Yakutia) on July 2, 2013.
Most probably the fatal accident with Мi-8Т RA-22657 helicopter owned by "Polar Airlines" JSC was caused by non-compliance with flight visual rules by the rotorcraft PIC specified by FAR of flights in the RF airspace approved by the Order of the Minister of Defense, Ministry of Transport of the Russian Federation, Russian aerospace agency № 136/42/51 from March 3, 2002 and FAR № 128 "Flight preparation and performance in civil aviation of the Russian Federation" approved by the Order of the Ministry of Transport of the Russian Federation № 128 from July 31, 2007 involved untimely decision about returning to the departure aerodrome under weather deterioration in flight below specified for VFR, descending below safe flight altitude in mountainous terrain. The lack of proficiency and IFR flight skills and non-compliance of PIC's actual level of training with FAR "Requirements for flight crew memebers, maintenance and ground operations personnel of civil aviation" approved by the Ministry of Transport of the Russian Federation order № 147 from September 12, 2008 were not taken into account by FATA Hight Qualification Commission during Airline Transport Pilot's Licence to PIC.
Most probably the contributing factors were:
- Unsatisfactory crew flight training (preliminary flight training of the whole flying personnel wasn't carrried out, altitude profile in mountainous terrain, ground elevation profile were not indicated in operational flight plan, en-route altitude easn't specified).
- Airline didn't communicate the flight route and altitude data to the crew presented in flight plan and avaliable in UATMS center authorization for use of airspace to the crew.
- Unsatisfactory level of standard operating procedures.
The following factors could contribute to passenger's injuries and fatalities:
- loose lagguage, transported mail and cargo in cargo hold;
- safety belt non-use by passengers;
- unconsidered passengers and children location at seats.
In case of turned on GPWS it would ensure the crew hazard warning. The fatal accident could be prevented in case of the appropriate crew training on GPWS use in flight.
The appropriate safety recommendations based on the investigation results were developed.